Eligibility for Sealing an Oklahoma Record 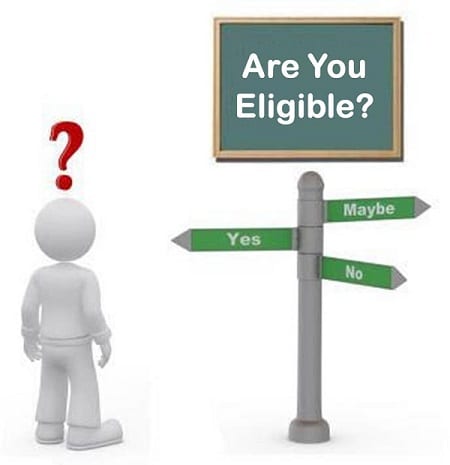 This article is next up in our Expungement Overview series. In the first article, we explained that an expungement is a legal process in Oklahoma that seals criminal records from public access. Once your criminal record has been court-ordered expunged, you can legally deny that it ever happened.

The same goes for landlords and apartment complexes. They may legally deny you housing if they do not approve of the information on your background check. Colleges and universities may also eliminate your application if you have a criminal record. You can aslo lose out on grant money if you have a drug charge. By getting an expungement, you seal all of this information away, and you can legally deny it ever happened. So when you fill out that job application or that college application, you can check the box “NO” when it asks “have you ever been arrested?”

So now that we know the benefits of getting your Oklahoma record expunged, what are the eligibility requirements?

Eligibitlity for Expungement will Depend on whether the record is an Arrest-only, Misdemeanor or Non-Violent Felony

Whether you can legally seal your record will depend on what type of record you are trying to seal from the public. Different standards apply to different types of cases. The types of records which are eligible for expungement fall into these categories:

Let’s look at each of these categories separately. Victim Protective Orders are basically restraining orders that are entered in domestic relations cases. They have a completely different process for expungement than crimes, so I will address VPO expungements in a separate article.

So if you were arrested, but released, and they never did file a criminal court case against you, we can expunge that arrest record if 3 or more years have passed.

Any case, Misdemeanor or Felony, that was dismissed by the State of Oklahoma

If criminal charges were filed against you, but the charges were dismissed, you may have your case expunged (including arrest records, booking information, and court documents) if:

If you meet these three criteria, then we can seal and expunge from public access the entirety of your case.

How to Expunge Misdemeanors in Oklahoma

For misdemeanor expungements, they fall into three categories:

If you simply paid a fine, that is considered a conviction. Here, the law divides it up into two categories: above and below $500.

If the fine was $500 or less, we can immediately expunge your case. As in, the day after you paid the fine.

If the fine was $501 or more, than you must wait five years. This goes for suspended sentences and time served on misdemeanors, as well. If you were given ten days in jail, then it’s five years after that sentence was completed.

How to Expunge Non-Violent Felony Cases

Unlike violent felony cases, Non-violent felonies can be expunged if you were found guilty or pleaded guilty.

For the vast majority of people seeking an expungement, it will be because they pleaded guilty to the crime. In that case, you must have received a deferred to be eligible.

UPDATE: Effective November 1, 2018, you can expunge your non-violent felony conviction if it is a single conviction (one felony case only) and it has been five years since your sentence ended.

The eligibility begins five years after the deferred was completed.

Oklahoma City Attorney will answer your questions about Expungement

If you have questions about whether your case is eligible for expungement, give me a call at (405) 701-6016 or send me an email.

In the next blog article, we will explain the court process for getting your record sealed with an Order of Expungement.