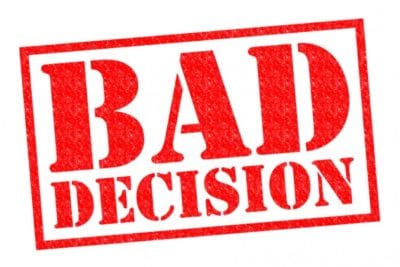 I’ve previously written arbitration in nursing home cases. However, a new decision by the Oklahoma Court of Appeals now renders most of that advice invalid.

In this blog post, I will explain this new ruling, how it compares to existing case law in Oklahoma, how it affects your rights, and a few ways you can get around it in limited situations.

The suit was brought against the nursing home on the basis of caretaker neglect. The nursing home moved to dismiss the suit because the resident’s power of attorney signed an arbitration agreement. The trial judge refused to compel arbitration and the Nursing Home appealed.

COCA ruled that the case should go to arbitration, and reversed the Tulsa district court.

Why did the court rule this way?

Prior to the Weaver case, the controlling law in Oklahoma was the case of Bruner v. Timberlane Manor Limited Partnership, 2006 OK 90, 155 P.3d 16.

And so that was the law of our state: arbitration agreements were unenforceable in the nursing home context, because the Oklahoma Nursing Home Care Act guaranteed nursing home residents a right to jury trial.

However, the Bruner case was different from this new case. In Bruner, the nursing home’s arbitration agreement called for Oklahoma law to govern the contract. That clause was repeated in eight different places.

The Weaver case is different from the earlier Bruner case

These aspects of the arbitration agreement in Weaver are quite different from that in the Bruner case.

Why the Oklahoma Court ruled in favor of arbitration: they were following precedent set by the U.S. Supreme Court

The Bruner decision came out in 2006. But in 2012, the Supreme Court of the United States (SCOTUS) decided the case of Marmet Health Care Center v. Brown, 132 S. Ct. 1201, where they found that Virginia’s state law prohibiting arbitration agreements in nursing homes was in conflict with the Federal Arbitration Act. Therefore, SCOTUS reversed the Virginia courts and ruled that the arbitration agreements in the Virginia nursing homes had to be enforced.

The Oklahoma Court of Civil Appeals relied heavily this ruling by the U.S. Supreme Court.

The U.S. Supreme Court has now ruled that states cannot categorically prohibit arbitration. To do so would interfere with the purpose Federal Arbitration Act, so they say. Following this reasoning, the Oklahoma Court of Civil Appeals concluded that the Oklahoma Nursing Home Act and the Bruner decision are inconsistent with the Marmet decision. Accordingly, COCA ruled that Forrest Hills should be allowed to force the residents to use arbitration, not use the public courts and trial by jury.

How can you protect your rights in Oklahoma?

While Weaver is not a good decision for the people of Oklahoma (and really, its the Marmet decision we have to blame), there are some things we can do to preserve our rights to use the courts.

If you never sign the arbitration clause, then you keep your rights to sue in Court. Remember this: the Nursing Home cannot force you to sign it. Oklahoma law still prohibits arbitration as a mandatory pre-requisite to entering or receiving services from a nursing home. They can’t force you to sign it, so don’t! But if you do sign it, then Federal law will apply and you will have no right to a jury trial.

Travis Charles Smith is an Oklahoma City attorney representing families and victims of nursing home abuse and neglect. He takes cases all over the state involving elder abuse and wrongful death. Travis also writes frequently on the issue of nursing home neglect in Oklahoma. Travis is available for free consultations and free case screenings. If you would like to discuss your case, call us at (405) 701-6016 or send us an email.